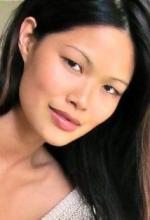 актер
Elaine Tan is an English actress. As a young child she spent several years at the Sylvia Young Theatre School, appearing in television, film, commercials, radio and stage productions, including Royal Variety Shows, South Pacific and the Sadler's Wells Theatre production of The King and I. She graduated from the University of Exeter with a degree in Law and completed the Legal Practice Certificate in London.