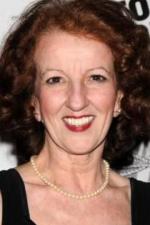 актер
Audrie J. Neenan is an American actress. She is best known on screen for her role as the raucous, abrasive madam Ray Parkins in the 1983 action film Sudden Impact and for playing judges in the TV series Law & Order and Law & Order: Special Victims Unit as Lois Preston. Many of her roles have been portrayals of intimidating female figures such as judges, policewomen and mouthy waitresses.