актер
Ron Blanchard is an Australian film and television actor. He is best known for his starring roles in five popular children's television series Breakfast-a-Go-Go, The Lost Islands, Alexander Bunyip's Billabong, Watch This Space and Professor Poopsnagle's Steam Zeppelin. A well-known character actor, Blanchard had numerous appearances in film and on television series from the late 1960s up until the late 1990s, most especially, his recurring role as Lenny Sawyer on A Country Practice. 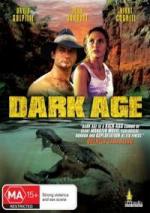