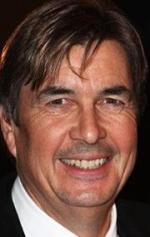 Andy Harries is Chief Executive and co-founder of Left Bank Pictures, an award-winning UK based production company formed in 2007. In a career spanning four decades he has produced some of the UK's most successful television dramas including The Royle Family, Cold Feet, the revivals of Prime Suspect and Cracker, as well as the BAFTA-winning television play The Deal.