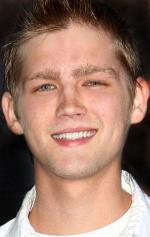 Evan Taylor Ellingson is an American actor. Ellingson grew up in La Verne, California with his three older brothers. He guest-starred on MAD TV, and then had a regular role on the Fox sitcom Titus. In 2004, Evan was chosen to play Kyle Savage on the Mel Gibson-produced short-lived sitcom Complete Savages in ABC's TGIF line-up. The show was cancelled after one season. In 2007, Ellingson had a recurring role on the sixth season of TV series 24 as the nephew of Jack Bauer. In the fall of 2007, Ellingson began the role on CBS's CSI: Miami as Kyle Harmon, the long-lost son of Miami-Dade Police Lt. Horatio Caine. This was a sporadically reappearing role. He also appeared in My Sister's Keeper where he portrayed Jesse Fitzgerald, the son of Sara Fitzgerald played by Cameron Diaz.