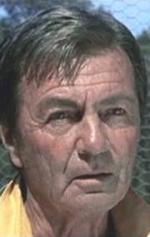 Gérard Landry was born in Buenos Aires, Argentina and began acting in 1932 with his first movie Mirages de Paris. He had acted for over fifty years and has been in over ninety films. Landry also starred in Les Trottoirs de Bangkok, a film from French director Jean Rollin.