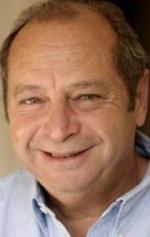 актер
Gilbert Levy is a French actor and voice actor, best known for voice work in the French version of The Simpsons animated sitcom, starting with the fifth season. the voices of Moe, Lenny, Willie, Frink, Cletus, etc. He is also notable for dubbing over the roles of Jimbo, Jimmy, Mr. Mackey, etc. in the French dub of the animated sitcom South Park. He has also voiced Harvey Bullock in Batman: The Animated Series, and the Chief in T.U.F.F. Puppy, among others.