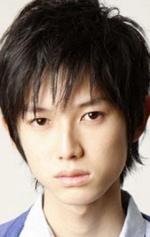 Kanata Hongō is a Japanese actor and model. He is part of Stardust Talent agency and has appeared several times in music videos, movies, TV series, and magazines. His major breakthrough role was as Ryoma Echizen in the live-action film adaptation of The Prince of Tennis, and became even more widely known when he was cast as Shin in Nana 2. In television, his most notable role was as Hinata in Himitsu no Hanazono and he starred in Seigi no Mikata. For the live-action feature film adaptation of Attack on Titan he portrayed Armin Arlert. He has also been involved in anime voice acting as the lead character Ryōta Sakamoto in Btooom!.