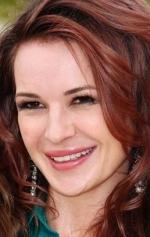 актер
Kierston Wareing, is an English actress. Her first film role was the lead in Ken Loach's It's a Free World..., followed by a supporting role in Andrea Arnold's Fish Tank - which won the BAFTA award for Best British Film and the Jury Prize at the Cannes Film Festival. Her television roles include miniseries The Runaway, The Take, Luther, and The Shadow Line. She is also known for her roles in EastEnders and in Hollyoaks.