актер продюсер
Ron Fitzgerald is an American television writer, actor, and illusionist. He is best known for working on the NBC drama Friday Night Lights and the Showtime comedy Weeds and has been nominated for two Writers Guild of America Awards. He also worked on several smaller movie/short film productions throughout the U.S. 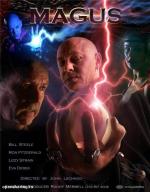