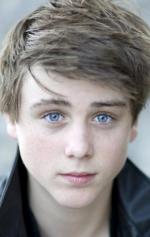 Sterling Martin Beaumon is an American actor. He is known for his roles as Max Doyle in the 2008 film, Mostly Ghostly, and as young Benjamin Linus in the ABC television series, Lost. Beaumon has had guest roles in Law & Order SVU, Criminal Minds, CSI: Crime Scene Investigation, The Killing, and appeared as Seamus on the television show Clue, on The Hub channel.