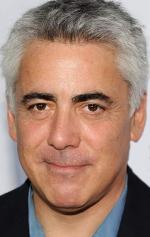 Adam Arkin is an American television, film and stage actor, and director. He played the role of Aaron Shutt on Chicago Hope. He has been nominated for numerous awards, including a Tony as well as three primetime Emmys, four SAG Awards, and a DGA Award. In 2002, Arkin won a Daytime Emmy for Outstanding Directing in a Children's Special for My Louisiana Sky. He is also one of the three actors to portray Dale The Whale Biederbeck on Monk. Between 2007 and 2009, he starred in the NBC drama Life. Beginning in 1990 he had guest role on Northern Exposure playing the angry paranoid Adam, for which he received an Emmy nomination. In 2009, he portrayed villain Ethan Zobelle, a white separatist gang leader, on the FX original series Sons of Anarchy.