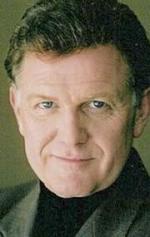 актер
Barry Flatman is a Canadian actor from Victoria, British Columbia. He has appeared in many film and television roles such as Rideau Hall in which he plays a fictional Prime Minister of Canada. His other works include My Name Is Tanino, The Company, Just Friends, H2O, and The Andromeda Strain as Chuck Beeter. He also appeared in Saw III in which he played Judge Halden.