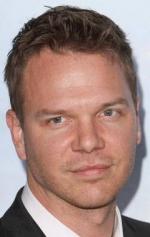 Jim Parrack is an American actor. He had a starring role as Hoyt Fortenberry in HBO series True Blood, and appeared in the film Battle: Los Angeles, which was released in March 2011. He also appeared as Slim in the 2014 Broadway production of Of Mice and Men alongside James Franco, Chris O'Dowd and Leighton Meester.