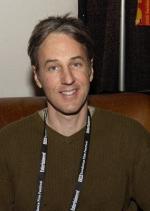 режиссер сценарист
Angus MacLachlan is a playwright and screenwriter most famous for writing the screenplays for the 2005 film Junebug as well as the cult short film Tater Tomater. He graduated from the North Carolina School of the Arts in 1980 and continues to reside in Winston-Salem, North Carolina. He recently adapted one of his plays into the film Stone directed by John Curran and starring Robert De Niro, Milla Jovovich, and Edward Norton that was released in 2010.