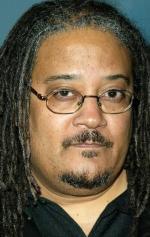 Ernest Roscoe Dickerson A.S.C. is an American film director and cinematographer. As a cinematographer, he is known for his frequent collaborations with Spike Lee. As a director, he is known for films such as Juice, Demon Knight, Bones and Never Die Alone. He has also directed several episodes of acclaimed television series such as Once Upon a Time, The Wire, Dexter, and The Walking Dead.