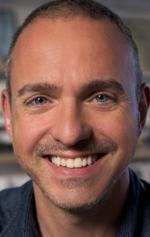 Kyle Balda is an American animator and film director, best known for co-directing 2012 animated film The Lorax with Chris Renaud and 2015's Minions with Pierre Coffin. He has also worked as animator on several films including Jumanji, Toy Story 2, and Despicable Me. He has worked for Pixar for years and now he is working for Illumination Entertainment.