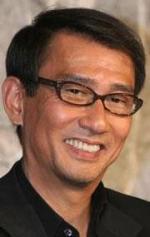 Kiichi Nakai is a Japanese actor. His name was given by Yasujirō Ozu. His father, Keiji Sada, also a movie actor, died when Nakai was only two years old. Nakai started his acting career while he was still in university and was awarded the Rookie of the Year at the Japan Academy Awards in 1981.