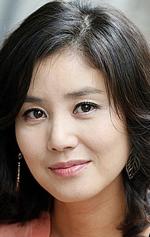 актер
Kim Sung-ryung is a South Korean actress. After winning the Miss Korea beauty pageant in 1988, Kim began her career as a reporter on KBS's showbiz news program Entertainment Weekly. In 1991, she made a memorable film acting debut in Kang Woo-suk's Who Saw the Dragon's Claws?, though she became more active in television in the next decade. She returned to the big screen in 2007, with notable supporting roles in Shadows in the Palace, and Rainbow Eyes, followed by The Client, Mr. XXX-Kisser, The Fatal Encounter, and The Target. As she entered her forties, Kim also became known for the television dramas You're Beautiful, The Chaser, Yawang, The Heirs, and Queen's Flower.