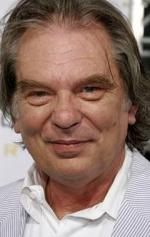 Leon Rippy is an American actor. Active on screen since 1983, Rippy has appeared in numerous films and recurring roles on television. He is best known for his roles as Earl the Angel on the series Saving Grace, saloon owner Tom Nuttall on the series Deadwood and militiaman John Billings in The Patriot.