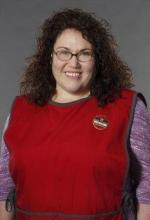 актер
Lorraine Bruce is a British television, film and stage actress, best known for her portrayal of Denise Simpson in the Kay Mellor Five Part BBC One Series The Syndicate In 2013, she was cast in Lucky 7, the U.S. version of The Syndicate. Bruce trained at The Academy of Live and Recorded Arts.