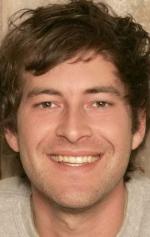 Mark David Duplass is an American film director, film producer, actor, musician, and screenwriter. He is the brother of director, writer, and actor Jay Duplass. Together, the brothers started the film production company Duplass Brothers Productions, and have directed films such as The Puffy Chair, Jeff, Who Lives at Home, and The Do-Deca-Pentathlon. Mark and Jay co-created the HBO television series Togetherness in 2015.