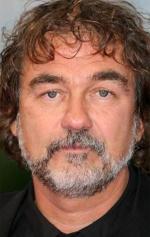 Olivier Marchal is a French actor, director, screenwriter, and a former policeman. In 2005, he was nominated for three César Awards for his film 36 Quai des Orfèvres. He also created the popular French television police drama Braquo and wrote and directed some episodes in its first season.