Pavan Malhotra is a Hindi film and television actor. He has played lead roles in Buddhadeb Dasgupta’s National Film Award-winning Bagh Bahadur and Saeed Akhtar Mirza’s Salim Langde Pe Mat Ro, both released in 1989. He is famous for his role as a cold-blooded mafia don Irfan Khan in the Telugu blockbuster Aithe and in his acclaimed role of Tiger Memon in Black Friday. In 2005 he acted in the Telugu movie Anukokunda Oka Roju as a Tantrik. 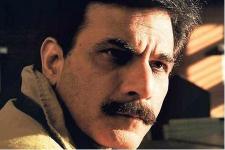