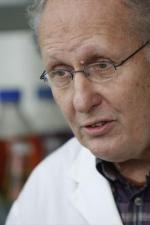 актер
R. D. Reid is a Canadian actor known for his portrayal of Sergeant Purley Stebbins in the A&E TV original series, A Nero Wolfe Mystery, and the series pilot, The Golden Spiders: A Nero Wolfe Mystery. He appeared in Zack Snyder's Dawn of the Dead, and George A. Romero's Diary of the Dead. His other film appearances include Capote Half Baked, Lars and the Real Girl. He also starred in the indie horror film Silent But Deadly.