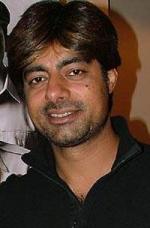 Sushant Singh is an Indian film, character actor, television actor and presenter known for his works predominantly in Hindi cinema. He made his film debut in 1998 with Ram Gopal Varma's Satya. He rose to stardom with the 2000 film Jungle, and received rave reviews for portraying slain bandit, Durga Narayan Chaudhary. He then went on to star in period dramas such as Ambedkar, and The Legend of Bhagat Singh, and established himself in bollywood. He has also starred in few Telugu films. Recently, he is hosting the crime show Savdhaan India, aired by Life OK and STAR Utsav. He is the “Honorary Secretary” Of CINTAA.