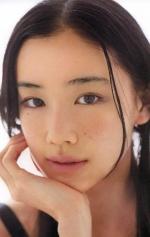 актер
Yu Aoi is a Japanese actress and model. She made her film debut as Shiori Tsuda in Shunji Iwai's 2001 film All About Lily Chou-Chou. She subsequently portrayed Tetsuko Arisugawa in Hana and Alice, also directed by Iwai, Kimiko Tanigawa in the hula dancing film Hula Girls and Hagumi Hanamoto in the 2006 live-action adaptation of the Honey and Clover manga series.