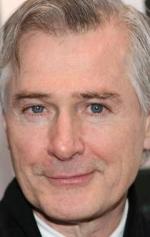 John Patrick Shanley is an American playwright, screenwriter, and theatre and film director. His play Doubt: A Parable won the Pulitzer Prize for Drama as well as the 2005 Tony Award for Best Play. He won the 1988 Academy Award for Best Original Screenplay for his film Moonstruck.