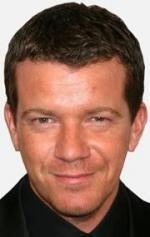 Maxton Gig Max Beesley, Jr. is an English actor and musician. He is best known for his role as Charlie Edwards in the British television drama Hotel Babylon and has appeared in a variety of television shows such as Bodies, an adaptation of The History of Tom Jones, a Foundling, London Ink, Survivors, Mad Dogs, Suits, Ordinary Lies and Jamestown