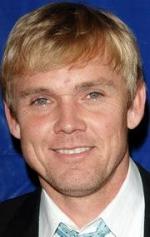 Richard Bartlett Schroder, Jr. is an American actor and film director. As a child actor, billed as Ricky Schroder, Schroder debuted in the film The Champ, going on to become a child star on the sitcom Silver Spoons. He has continued acting as an adult, billed as Rick Schroder, notably on the western miniseries Lonesome Dove, and the crime-drama series NYPD Blue.