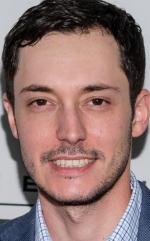 Wes Ball is an American film director, visual effects artist and graphic artist. He graduated from the Florida State University College of Motion Picture Arts with a BFA in 2002. He is best known for the direction of 2014 film The Maze Runner, based on James Dashner's novel. Ball also directed the sequel, Maze Runner: The Scorch Trials, which opened in theaters on September 18, 2015.